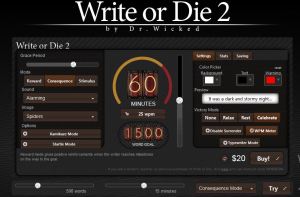 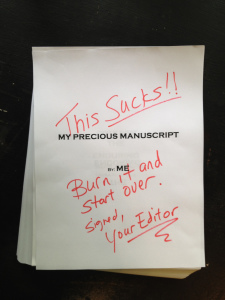 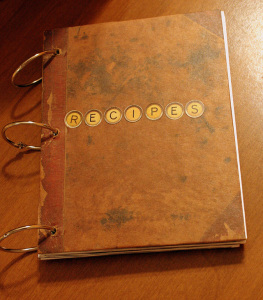 “Don’t follow the feeling, follow the plan.” I first heard this piece of advice while listening to NPR on the way to work one morning. The story was about Macular Degeneration, and featured a woman who loved to read. As the macular degeneration robbed her of her eyesight, she found herself falling into depression.

The psychologist being interviewed for the piece talked about therapy for individuals in this situation. The therapy involves making a plan. In this woman’s case, she not only loved to read, she loved to cook, but with her eyesight failing, she could no longer read her recipe books. The plan was to create recipe binders. Each binder would hold one recipe, each page in the binder one ingredient. Obviously using this method took longer than she was accustomed to, but she eventually was able to prepare a huge dinner for her entire family. In her words, the meal covered everything “from soup to nuts.”

“Don’t follow the feeling, follow the plan,” was a constant reminder to follow the plan and the recipes she’d so carefully laid out, regardless of how she was feeling on any particular day.

As writers we’ll most certainly have feelings of self-doubt. We will feel incapable, inadequate, incompetent. We will question our talent, our ability, and we will, at times, feel like throwing in the towel. I know this, because I feel these things on a regular basis. It sucks, it can be debilitating, and while we’re feeling it, it is for most of us, counterproductive.

And this is where plans come in. Don’t follow the feeling, follow the plan. Your plan is to write your book, your short story, or your screenplay. It is to query agents, to submit your essays or to self-publish. Your feelings will derail you at times but if you can write despite of these feelings, if you can stick to your plan, eventually you’ll be able to do what you set out to do, from soup to nuts. 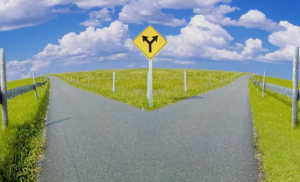 I borrowed the term “The Ugly Middle” from a writing blog I follow called The Write Practice. You can read the original blog post here.  That post refers specifically to writing, but as with so many writing related topics, the lessons can apply to much more.

Beginnings are exciting. Endings can be triumphant.

The middle though…sometimes the middle is the mess.

I’ve now, in earnest, been writing fiction for over a year. I know, for some of you a year sounds like nothing, and in the scope of a writing career I’m aware it’s a drop in the bucket. BUT a year in I realize that I seriously underestimated the sheer amount of effort, work, time, and mind-space it would take to actively pursue writing. A few months shy from publishing my first short story I’m realizing the magnitude of what I’m trying to do. In many ways, I’ve entered the ugly middle. END_OF_DOCUMENT_TOKEN_TO_BE_REPLACED

Taking the Bite Out of Social Media

A while back I noticed an increase in people “fighting” on Facebook threads. Not just about politics, religion, race, and sex – you know the hot button issues. But on just about everything. From breakfast battles (paleo vs vegan) to cat lovers vs. dogs lovers (full disclosure: unabashed dog lover here,) social media has become a pretty contentious place.

As writers we know that feedback and criticism come with the territory. Especially when we write with our authentic voices. Everyone’s not going to like what we write, and that’s okay. But in my opinion, your personal Facebook feed (for the most part) should be one of the places that’s off limits. And my fear is that some writers, turned off by the negativity of some social media, will be discouraged from engaging all together. And for a writer, I think that’s a dangerous thing.

On my own feed I realized that there was a problem when one person in particular, no matter what I posted, would swoop in and find something critical/negative to say. Every time. From the mundane breakfast post (“that stuff will kill you,” she said, her vegan flag held high) to more serious political posts I made during election time when I encouraged people to vote (“politics is a sham, and that’s why I don’t vote and people who do vote are just sheeple,”). It was getting to the point that before I posted anything I’d cross my fingers and hope she wouldn’t see it. I was restricting my voice for fear of confrontation. END_OF_DOCUMENT_TOKEN_TO_BE_REPLACED