Five Lessons I Learned From Attending My First Writers Conference 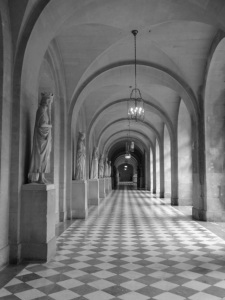 A little over a year and a half ago I attended my first writers conference. While there, I was reminded that so many of the lessons I’ve learned about writing transcend the practice and apply to life in general. Sometimes these lessons aren’t new, but serve as reminders of the life we want to live. From the humbleness and approachability of a New York Times best-selling author, to the “butt in the chair” mentality of the just-published, never-been published, and everyone in between, I learned something from everyone I came across.

Lesson 1: People do judge a book by its cover. When you’re the author of the book, that can be a great thing – if the cover says everything you want it to say about what’s on the inside. But as readers (and observers of life), we should be wary of judging a book by its cover alone. That judgement (the conclusion we come to about that book) is only skin deep, and we might miss out on some wonderful content just because the packaging doesn’t look the way we expect it to.

It’s a great metaphor for how we look at people who, at first glance, appear different – even very different – from us.  By focusing only on outer appearances, we bring all our history and baggage (often unfairly) into the judgment process and by so doing, miss out on potentially life-changing conversations and relationships.  Great covers are great to look at, but be prepared to value a book, not for its cover, but for its content.

Lesson 2: I’m not one to strike up conversations with strangers, but I find that (particularly at a writers conference) people will talk if you will listen. I didn’t want to take the easy way out and hide behind my phone or tablet so I took the opportunity to sit with people I didn’t know.  Every time I did, I was inspired by their stories of tenacity and perseverance. In the span of two days, I had conversations with:

And then life got in the way.

So you put it on the shelf for a year.

And suddenly you’re 40. And that thing is still there, somewhat dimmed by life, but sitting in your soul. At the conference I was reminded that if it’s still in there it deserves a place in your life. It deserves your care, nurturing, and attention and it’s your responsibility to make it happen, regardless of your age. Just before one of the sessions I met a woman who’s a pharmacist by trade, but who’s wanted to write for 20 years. And now she has, choosing to self-publish her books.

Lesson 4: Whatever you’re supposed to be doing, do it every day without the excuses.  Talk less about what you’re going to do, should do, and want to do, and just do it.

The difference I saw at the conference between the writers who were manuscript ready, and those who dream of being published authors, wasn’t necessarily talent. It wasn’t age or connections. It was that the people who were there with a pitch and their own books in hand, sat down and wrote every day. Every day.

Author Claire Cook, best known for her bestselling novel turned Hollywood movie, Must Love Dogs, told us that she writes two pages a day. She gets up first thing in the morning, and before emails, before Facebook and Twitter, she writes her two pages. This is an author who’s published 10 books and had one of her books turned into a movie. I was struck by the fact that even though Claire’s made it, she seems to be working just as hard to stay “made” as she did to get there. There’s no easy path to get to where you want to go, and once you get there, the path doesn’t get any easier. By the way, Claire wrote her first book at 45 years old sitting in her minivan while waiting for her kids to finish swimming practice. At 50 she was walking the red carpet at the Hollywood premiere of ‘Must Love Dogs’. Do it everyday without excuses. Claire’s story is also a reminder that your age is not an excuse.

Lesson 5: Not everyone will be happy about your success (however you define it).  Some might question your abilities, others might secretly (or not so secretly) think you’re an idiot for even trying. Don’t let that stop you. Claire told us of seeing friends fall by the wayside as her success increased. She said she even had close family members who hadn’t read any of her books. We’re human, so the realization that some of the folks closest to us will not embrace what we’re doing might sting a little. Or a lot. I’m sure some of it bugged Claire, although maybe not so much the night she walked the red carpet at the Hollywood premiere of her New York Times best-selling book-turned-movie. So there’s that.

Photo: I took this picture while I was visiting the Palace of Versailles in France. I was having a hard time selecting a photo to go with this post, but when I saw this picture I remembered how packed with tourists the palace had been that day.  Somehow I managed to get this shot of an empty hallway even though people were all around me. The road might seem lonely at times, but often the people you need are standing right outside of your shot. Go find them if you need them.